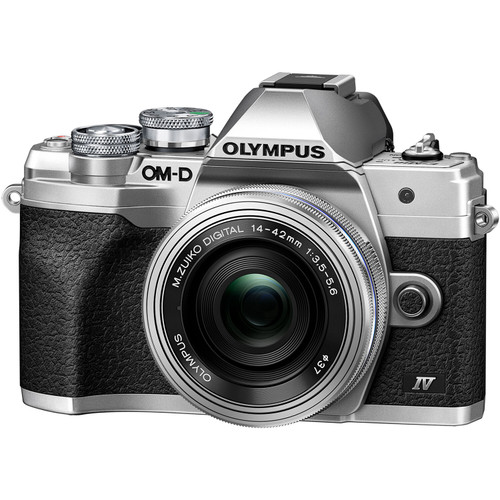 In regard to the physical design, the E-M10 Mark IV is an impressively svelte camera but still sports a large 3.0" 1.04m-dot touchscreen LCD, which has a 180° tilting design for working from high, low, and front-facing angles. For eye-level viewing, there is a 2.36m-dot OLED electronic viewfinder. Also, built-in Wi-Fi and Bluetooth permit connecting the camera to a smartphone or tablet for direct wireless sharing of images or for remote camera from the mobile device.

This product hasn't received any reviews yet. Be the first to review this product!